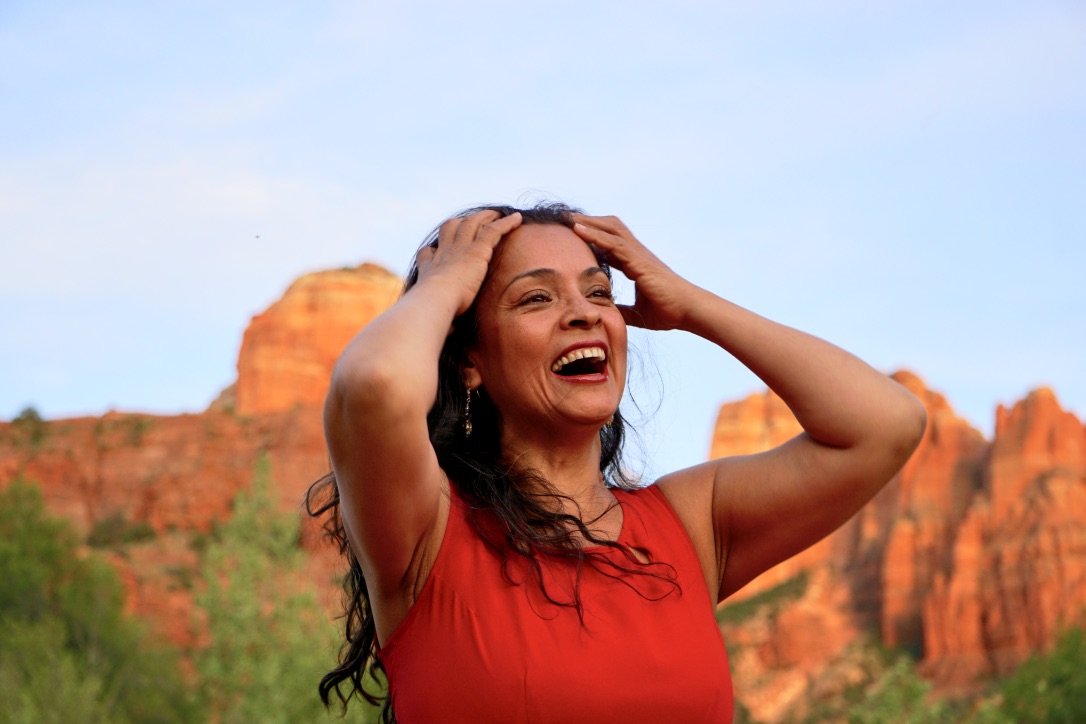 As a result of a life crisis, in 2009, Hortensia embarked on an intense journey of personal healing where, with the attempt to transcend illness and life crises, she delved into metaphysical and ancestral knowledge, which led her to specialize in energetic techniques and traditions such as: Tantra, Tao, Kundalini Yoga, Reiki, Shamanism, Firewalking, Priestess of the Egyptian Lineage, among others. For years she has also interacted and received teachings on plant medicine and cosmology from indigenous teachers in remote areas of the Amazon jungle in Ecuador, Bolivia and Peru, as well as in Central America and Mexico with Mayans and Aztecs and Native Americans in the USA.

Years later she began to share her learning and personal transcendence with a focus on conscious exploratory sexual energy, emotions and health of the physical body. In the year 2016, Hortensia renounces her profession as a Scientist and completely isolates herself in the mountains of California where she established a deeper connection with her essence. During those years she specialized in holistic nutrition and restoration of the physical body. She also developed VAGINI™, a program to guide women reconnect with their “Eros Intelligence” and writes the book Cultivating Light Body as a result of her own healing – yet to be published.

She guides her groups towards self-valorization and internal harmony with the goal of transcending duality and embodying their own luminosity. She currently resides in the mountains of Sedona, United States.